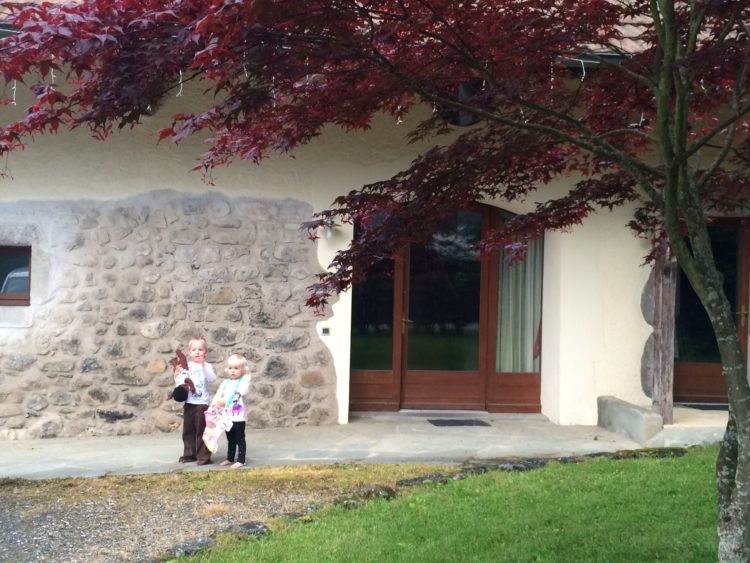 We uprooted our life just one week ago. That’s when we moved our family of five from city life in the United States to a small village in France.

Wow. Those final days packing up in Colorado were really really stressful. Let’s just say that adding three little children to an international move proved to be a fun challenge. Basically, prime moving hours ended up being 9pm – 2am. We’d go longer but there’s baby that doesn’t sleep through the night and then, the whole household is up by 6:01am.

We successfully sold a total of 83 household items. That was good. There were days when I didn’t even know who was knocking at the door for which ad. And then, we were left with those impossibly large piles to fit into suitcases. Piles of clothes that were in drawers that were sold. Piles of toys that were in the storage bins that had been sold. Piles of books that were on shelves that we needed to sell. Our lives, sprawled out on the floor. The closing down and cleaning down, and wiping down seemed to go on forever. And ever. And ever. A dear friend or two popped by with ice cream and grabbed a sponge alongside me and stayed to chat. Those are the true friends, guys.

Finally, at 12:40 am on the final night, Tall Mountain and I took a final walk down memory lane. We walked through the immaculate but now soul-less space to remember the laughter and the tears. We thanked God for the richness of life we’d experienced in that precious downtown abode, and then I waited to hear the screen door shut one last time. We were like zombies driving back with clinking cleaning products in the car to my sister-in-law’s place where we had put kids to bed.

Oh, we were pretty intentional about all the leaving part. The parties, the final play-dates, the sitting in the grief moments. We’d read a lot about leaving well. But apart from ordering a fridge and a washing machine to arrive at our new place, we did so little to prepare for life on the other side of the world.

Now we are on the other side, we’ve realized how little we actually prepared the kids. Big brother yelled: “goodbyeee!” in English to our first local visitors, forgetting we’d switched community languages to French. Then, there was a moment where our daughter pulled out her toys from a box and proclaimed that wow, we have the same ones at home! She might have missed the memo completely, that this is her new home. Or, would you believe that I hadn’t even thought about kid snacks or activities for 13 hours of flying. The flights were nothing in comparison to the logistical challenge of getting to the airport with so much luggage. And how to wheel everything around the airport with three kids. We were just spent. And we’re still spent. 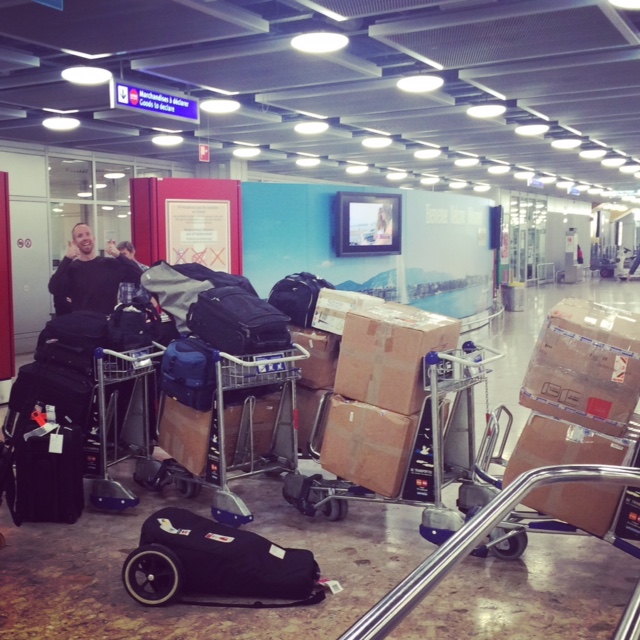 We’re very much in the overwhelmed thick-of-it state trying to buy many the things we just sold, including new vehicles. We’re setting up insurance, electricity, internet and baby gates to stop the kids tumbling down majestic wooden stairwells again. It’s a race to find linens for guests coming into town and to evict countryside scavenger ‘friends’ from the rafters. All this is going on while TM attempts to help organize a massive global conference in Asia. We wish we could have done more to prepare as things just take so much time to set up in the ‘Old World’, but sometimes theory and real-life are at odds. We simply didn’t have any more energy to prepare for our arrival.

We have no brilliant tips to offer other families reckless enough to uproot their lives and move continents. We’ve each already dealt with varying levels of frustration, loneliness and culture shock. In fact, I thought we’d honeymoon for just a bit longer.

We’re just muddling along the best we can, trying to hear each other out and approach cultural differences together instead of snapping at each other. We’re trying to find extra grace for kids not sleeping and work hard to care for one another amidst the lists sky-high crammed with things to do to set up a house.

I’ll be honest, stress levels in our farmhouse are pretty high at this point. Being the resident French speaker, the entire administrative piece is on my shoulders. As my husband isn’t as strong in French, he bears the weight of constantly being perceived as incompetent and deals with the frustration of not being able to communicate exactly how he’d like.

With the upheaval that is transition, retrieving a semblance of normalcy is so important. For the kids, toys, music, books, a TV show from our old life seem pretty stabilizing. For us, there is so little margin to work with that is not spent on setting up life or managing kids. All the more reason to accept that giving the other space to write, read, run, is a life-giving sacrifice. Today, a breath of fresh air looks like calling some friend or co-worker and talking about something familiar to take a break from all the new. Or, getting outside and doing absolutely nothing related to the move. Just soaking in quality time with one another.

Those are perfect times to reconnect and to remind ourselves of the bigger picture. That this is just a season. That the new piles spilling out of our suitcases will one day have a home in new shelves. In a new home, starting to fill up with beautiful new memories.

12 thoughts on “Keeping the family afloat”